Designing Hope has developed an awareness campaign on condom use to prevent early pregnancy. The visuals were made in Burkina Faso by Solstene, an artist from the local partner association Laafi, and the messages were reproduced on various mediums in Burkina Faso.
The campaign was also translated into English for Swaziland. 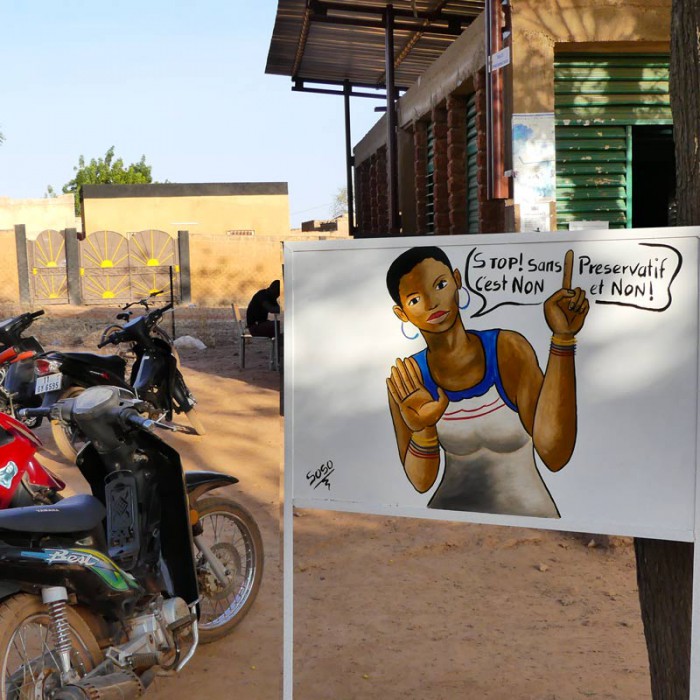 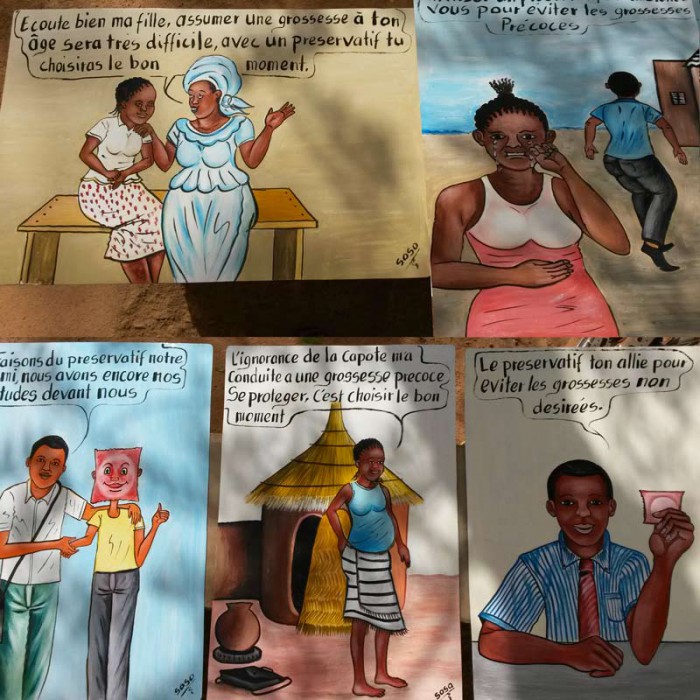 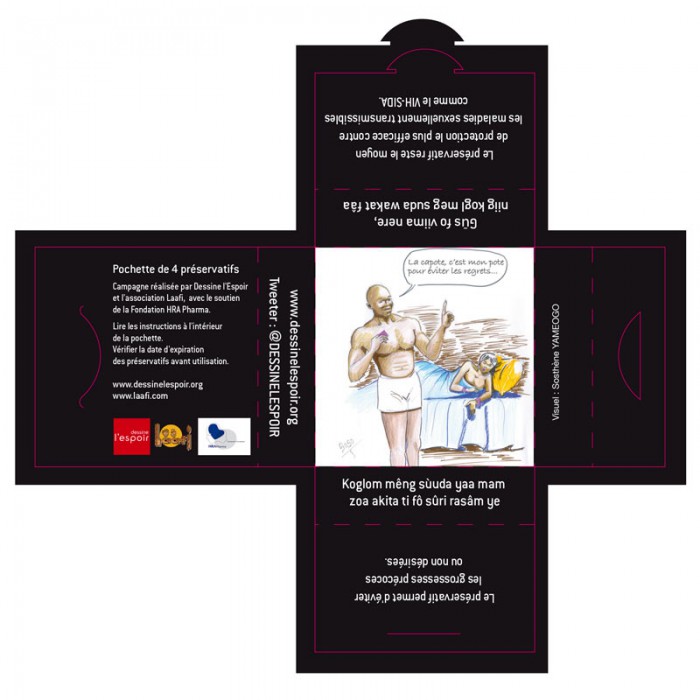 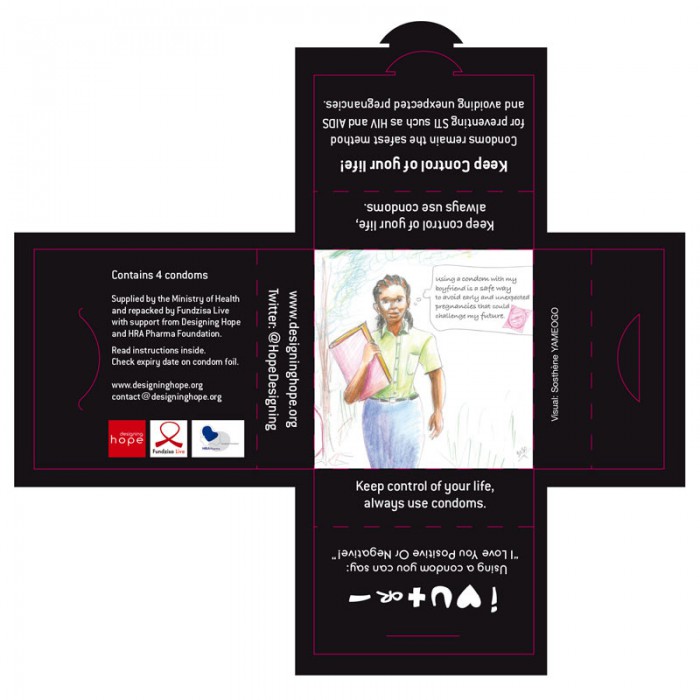 Same campaign was developed in Swaziland.

A project supported by HRA Pharma