“La Traversine” is the name for an urban pedagogical garden of 300m2
located on the roof of the Bercy school in the 12th arrondissement in
Paris. It is one of the 30 projects selected by the City of Paris for its
competition “Parisculteurs”.

[Traversine], a name that symbolizes a gateway towards other cultures, as a North-South “agri-cultural” exchanges.

Located on the roof of the Bercy school, in Paris in the 12th arrondissement, this terrace, originally intended only to serve as a passage in the event of evacuation, has today been transformed into an experimental and educational garden.

Bercy School being already involved in a program of exchange with other schools called “Communicating classes”, Designing Hope tool this opportunity to invite the pupils to build new exchanges with children from the african projects supported by Designing Hope.

Exchanges of experiences, and activities realized around the garden in the différents countries are presented on an interactive blog called  “Transgardens” 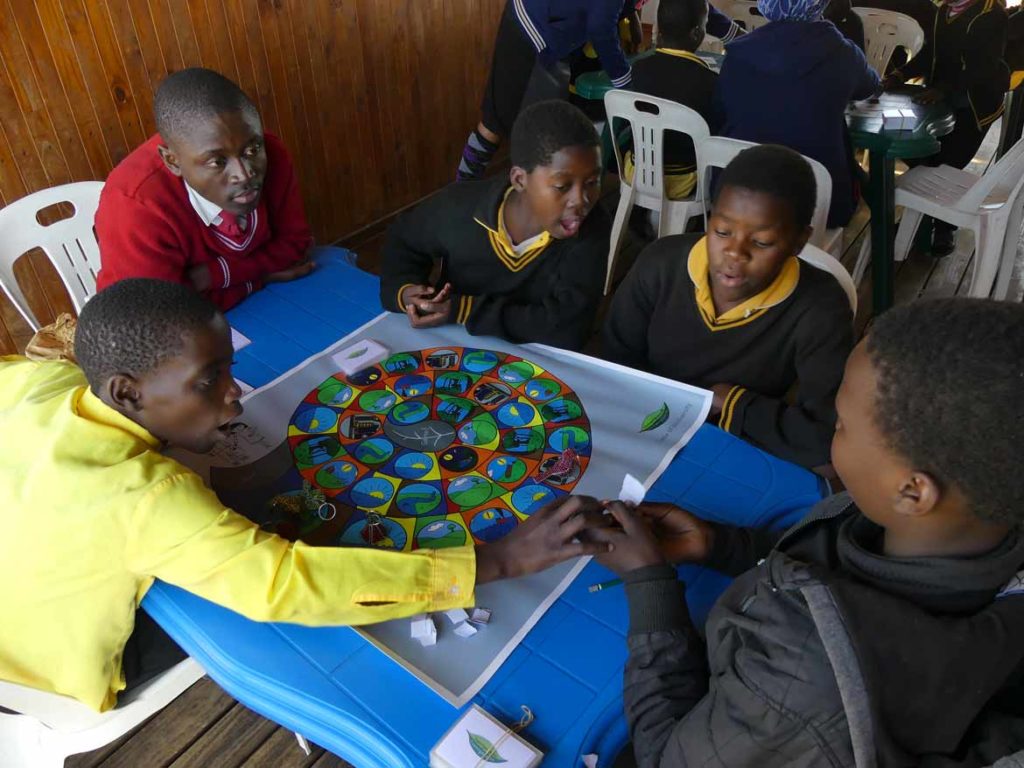 Playful activities for children, organized in small groups during the extracurricular time in collaboration with the educational team, echoe with those carried out in the schools of the other countries.
We approach various themes: the soil, the seed, the cycles of life of a plant, the compost, the auxiliaries, the methods of culture.

We sensitize the children to the valorization of the resources of the school for the fertilization of the garden (composting of the leaves, branches of the trees of the courtyard, remains of the canteen).
Finally, we encourage them to try some plantations at home, if they have a balcony, or if they can access a garden somewhere with a family member, encouraging recycling, composting, and giving them seeds or plants, as we do in Africa.

omposting, and giving them seeds or of plants, as we do in Africa. 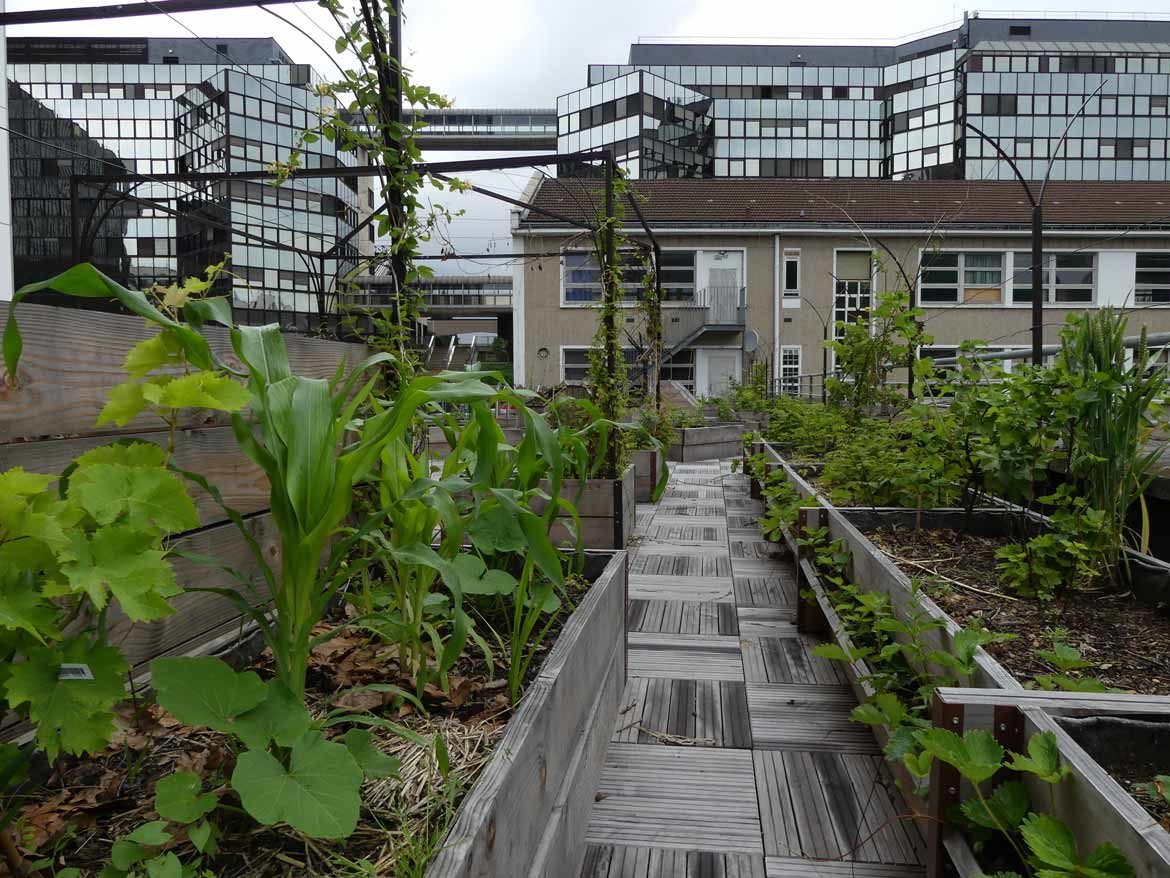 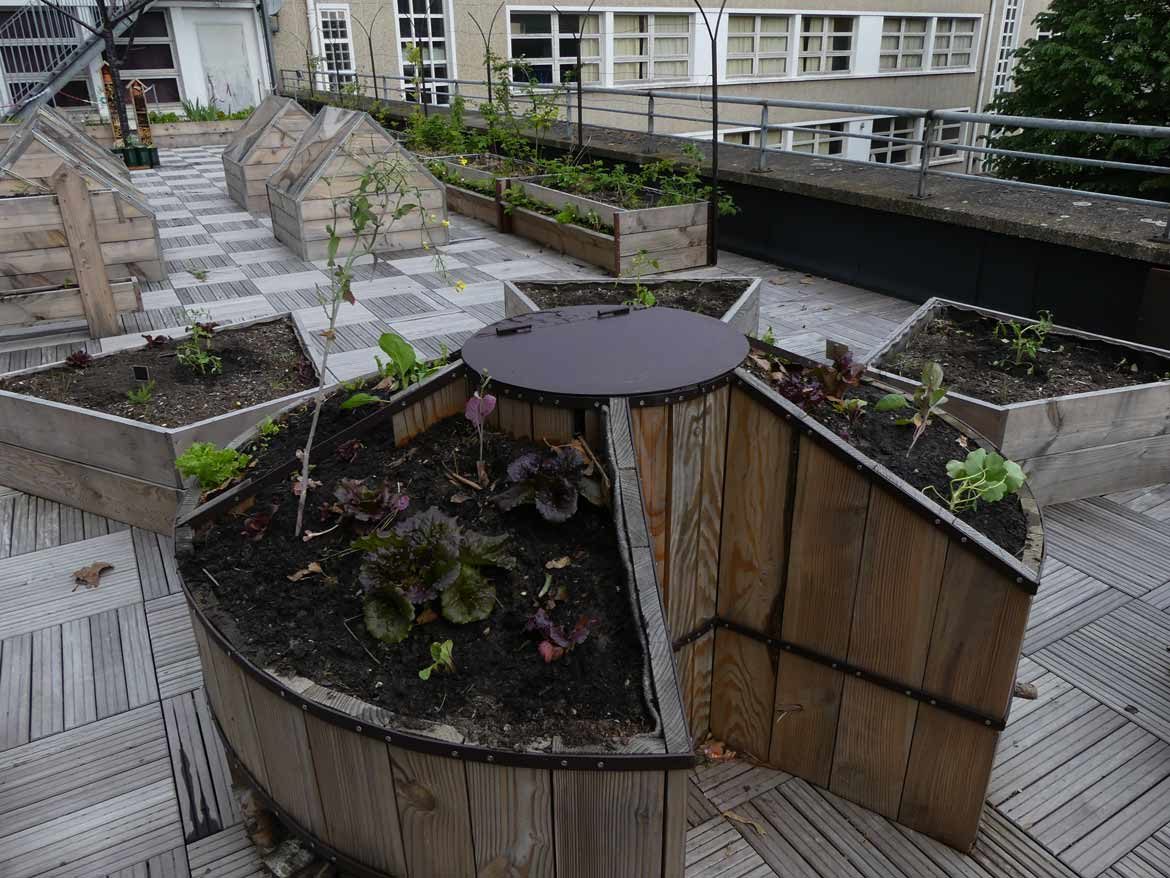 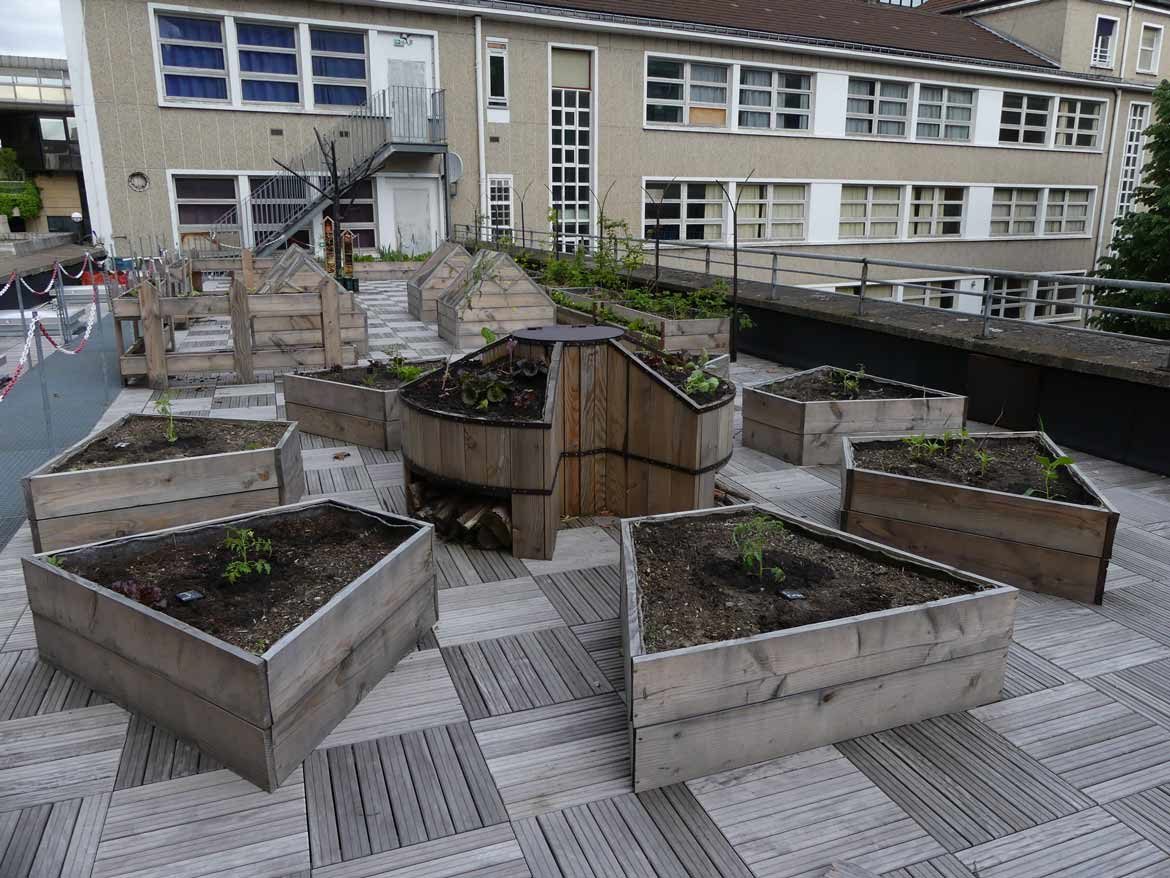 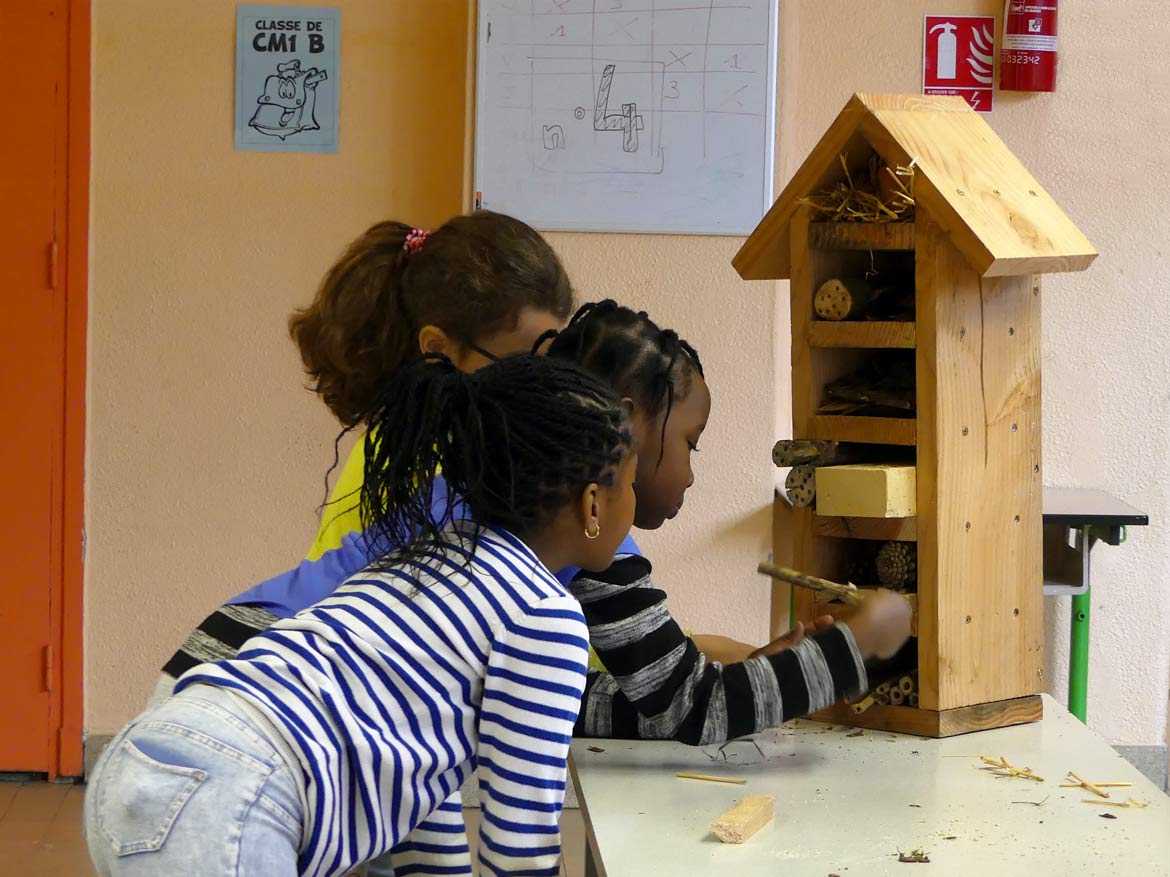 Description of the garden :

The garden being located on a terrace required the installation of structures handmade in douglas pine wood and metal.

The Key Hole :
It is a circular, raised vegetable garden, with a compost in its center, the nutrients of which spread to the fertilizers of the surrounding cultures. Its name literally keyhole, comes from its shape, created by an interruption of the vegetable garden to create access to the central composter. The lower part of the Key hole has been designed to receive dead wood, to lighten the structure on the one hand and to constitute an insect shelter on the other hand.

The Mandala :
The Keyhole is surrounded by 7 trapezoidal culture trays forming a flower inspired by mandalas, which are often a central element of permaculture gardens. It will welcome seasonal vegetable crops.

Staged culture tanks :
An alignment of 11 bins of 2m length each, with double level facade, intended to cultivate fruit trees, according to the principle of tiered cultivation: Double row of strawberries in facade, then berries in second level (raspberries, currants, blackcurrants, mures ), and climbing on taut lines at the back (kiwis, grapes).

The pergola :
A meeting place for children, surrounded by culture tanks, where perennial climbs (honeysuckle, jasmine, vine yard) and seasonal (gourds, potimarrons) will be planted, climbing on taut lines to create a shaded area.

The composter :
A double tank of 4m3 to store the leaves and branches recovered from the trees of the schoolyard.
It is surrounded by 2 bins, and also surrounded by a metal structure to accommodate climbing cucurbits, to create shade to promote compost.

The mini greenhouse village :
It consists of 4 mini greenhouses of 1m20 side in the form of small houses, constituting a play area for children. The roofs of the houses, in plexigas and stainless steel, are hinged and can open in the summer.
This space is surrounded by Douglas fences, offering a double level of cultivation for strawberries and aromatic herbs.

Flower boxes :
2 large bins will be filled with varied perennial flowers, offering a flowering distributed throughout the seasons, to favor the pollination.

Other experimental modules will be added over the months to this initial device.

Find the latest news on the Traversine project on the dedicated platform Transjardins.org :

Designing Hope thanks the City of Paris, the team in charge of Parisculteurs, and the department of School Affairs for their support in the implementation of this project, as well as the Lemarchand Foundation, and the Nature & Découvertes Foundation for their financial support.