The “Teen club” was created by the counsellors of Piggs Peak Hospital, Eswatini.
It is a club that brings together all the HIV positive young people undergoing treatment in this hospital. As of January 1st 2021, it counted 250 young people under the age of 25, 135 of whom were under 18 years old.

Designing Hope set up, in close collaboration with the counsellors, a support system for these young people. The NGO invested in the construction of a wooden house within the hospital premises which will host both an office for the women of the association Fundsiza Live, local relay of Designing Hope, and 2 consultation rooms available to the hospital doctors for consultations of the youth of the Teen Club, in order to make up for the lack of free rooms at the hospital.

For Fundzisa Live, this is the opportunity to have an office on site to manage all the support activities for HIV positive people under treatment at the hospital, undertaken on a daily basis with the support of Designing Hope : food distribution, distribution of condoms, organisation of support groups, prevention actions, etc.

Designing Hope also set up at the same time a new partnership with the Hospital, benefiting the Youth Club. It consists of providing each young person with 1 kg of dried fruits and nuts, packed by the women of the support group in 33g sachets, so that HIV-positive children on anti-retroviral drugs can take their daily medication without fasting. The Global Fund used to provide peanut butter for this purpose, but this support was discontinued in 2018. This initiative was therefore enthusiastically welcomed by the hospital management.

A group of women is paid to prepare the 4,000 sachets distributed each month (the distribution is for underage children only). The head of the hospital explains to the young people the importance of keeping the sachets, so that they can have one for each medicine taken.

Designing Hope has for several years been implementing a prevention programme on various issues (early pregnancies, nutrition etc.) through playful shows orchestrated by a giant puppet troupe.
The new office at the hospital will thus enable the association to store the puppets and to involve the young people more in both script research and acting, and in turn transform them into messengers for the association.

Designing Hope also wishes to help the girls of the Teen Club by developing a programme to accompany them through their first period. Thus, a sewing workshop will be carried out with the women of Fundsiza Live during which the young girls will be able to make washable periodical protections. The aim of this operation is to fight against the failure at school of young girls who, due to a lack of money to pay for protection, miss school during their menstruation days.

Above, stitching of periodic washable protections. Project under development.

A project supported by : 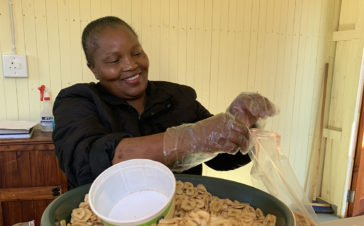 Once a month at Piggs Peak Hospital, the young HIV-positive patients of the Teens Club come to pick up their bags of dried fruit. These dried fruits (bananas, dates, grapes, almonds, peanuts), previously packed by the women of Fundzisa Live, … Read More 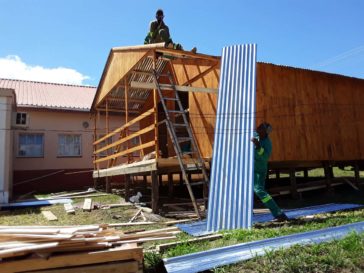 To better welcome the HIV positive young people at Piggs Peak hospital, with the support of A&A Ulmann Funds, the association has just implemented a new unit. It is composed of two consulting rooms made available for doctors to welcome … Read More 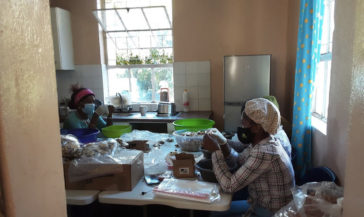 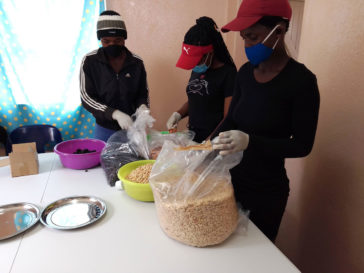 With the support of The Ivory Foundation, @designinghope has been able to set up a programme to distribute doses of dried fruit to 134 HIV-positive underage children at Piggs Peak Hospital in Eswatini, so that they do not take their … Read More