It is in Southern Africa that Dessine l’Espoir has developed its first educational or community gardens in its projects in South Africa and in Eswatini in 2011.
Over the years, this programme has been expanded, educational gardens have been opened in several schools, with even a footbridge project in France: the Traversine Garden. This garden, located on the roof of the Bercy school in Paris, is developing in close collaboration with its African counterparts…

Designing Hope  has been creating educational gardens with the support of The Ivory Foundation, in a hospital, in several schools, day care centers for orphans, youth centers in several African countries, which today benefit several hundred children, and raise awareness for them and their families. This approach also aims to enable families to be self-sufficient, in a context of physical fragility, poverty, and rising prices of staple foods that promote malnutrition.
The association develops pedagogical manuals for supervisors and children, according to their age range, and recipe books to encourage the consumption of vegetables from the vegetable garden combining dishes inspired by traditional recipes.

In 2016, Dessine l’Espoir launches Transjardins, a platform for exchanges between its various local initiatives. It makes it possible to create links between the different children involved in these different countries.

Also in 2016, the association is applying for the Parisculteurs competition launched by the City of Paris, aiming to vegetate roofs and terraces on buildings of the capital. The project of the association is chosen to create a pedagogical urban garden on the terrace of the Bercy school, near the Gare de Lyon, close to its offices. This garden “La Traversine” is inaugurated in September 2017. 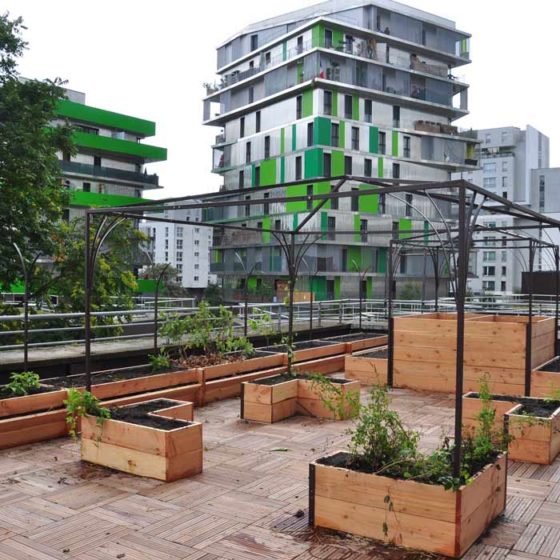