Most orphans are taken in by the relatives of deceased parents. Therefore, “extended families” are multiplying, and in the most disadvantaged areas, this additional burden is heavily felt. All the more so as it very often happens that a woman brings up several children alone, her own children and those whose parents have died.

Designing Hope therefore wished to help these young people and families through various solidarity projects, in particular the Half Way House in Roosboom, on the outskirts of Ladysmith in Kwazulu Natal in South Africa. This 70 sq.m. day care centre was built by Designing Hope in 2011 with the support of the Air France Foundation, to create a friendly and safe environment for the children of this community by providing them a nutritional and education support but also sports and cultural activities.

In Estwani, the HIV prevalence rate is one of the highest in the world. Although the association has been working to support women in this country since 2005, it has launched two new programmes specifically for children and young people.
In Piggs Peak, for example, Designing Hope supports the children of the Macambeni kindergarten, one of the most disadvantaged neighbourhoods in the city. With the support of The Ivory Foundation and Fundzisa Live, the association distributes a monthly food parcel to the school canteen in order to provide food aid to the children, in addition to direct aid for the most fragile children.

Since 2020, the association has been supporting the “Teen Club” at Piggs Peak Hospital. This club brings together all the young HIV-positive people undergoing treatment in this hospital. As of January 1st 2021, it counted 250 young people under the age of 25, 135 of whom were under 18 years old. Designing Hope undertook to build a room for the hospital counsellors to better welcome them, and set up a distribution of food supplements (dried fruit) to be taken with their antiretroviral treatments.

Designing Hope has developed another project in Lesotho to support vulnerable young people through a farm school. Indeed, St Monica is a support and transition to autonomy farm that welcomes deaf and hard of hearing young people so that they can later settle in their own farm. It was founded in 2019 with the support of The Ivory Foundation and has since been run by Designing Hope.

Designing Hope has been running a school uniform distribution programme for AIDS orphans and vulnerable children in Southern Africa since 2011. This programme helps between 150 and 300 children each year, most of them are orphans. 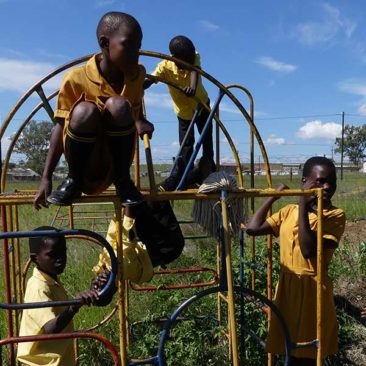 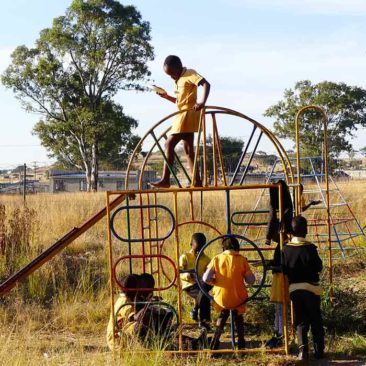 Activities for vulnerable children at Silethithemba Half Way House – Roosboom 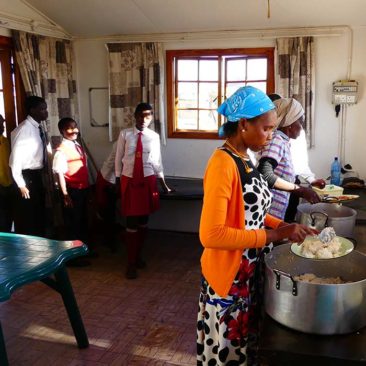