Support for the HIV+ patients at Piggs Peak Hospital

Swaziland is one of the regions most affected by HIV-AIDS. Nearly 40% of the population was HIV positive in 2003, today thanks to treatments, this rate has dropped to 28%. Since 2004, Dessine l’Espoir has been supporting HIV-positive patients at the Piggs hospital’s testing center.

Ntombie Hlophe was the coordinator of the Dessine l’Espoir projects in Swaziland for a year, and she was at the start of this action. We gave his name to this project after her accidental death in July 2005.
This program has constantly adapted to the evolution of the number of HIV patients in the hospital: 240 at the start of the project to more than 4000 today.

The Piggs Peak Hospital has a VCT (Testing Center) which is the only place in the region to deliver ARV treatment for a population of approximately 50,000 people.
It is divided into two units:
– The testing and counseling Center
– The care unit that dispenses the treatments.

This support group is made up of volunteers, themselves HIV-positive, who have agreed to give a little of their time to people who are being tested or those who are on treatment and who come regularly to the clinic. 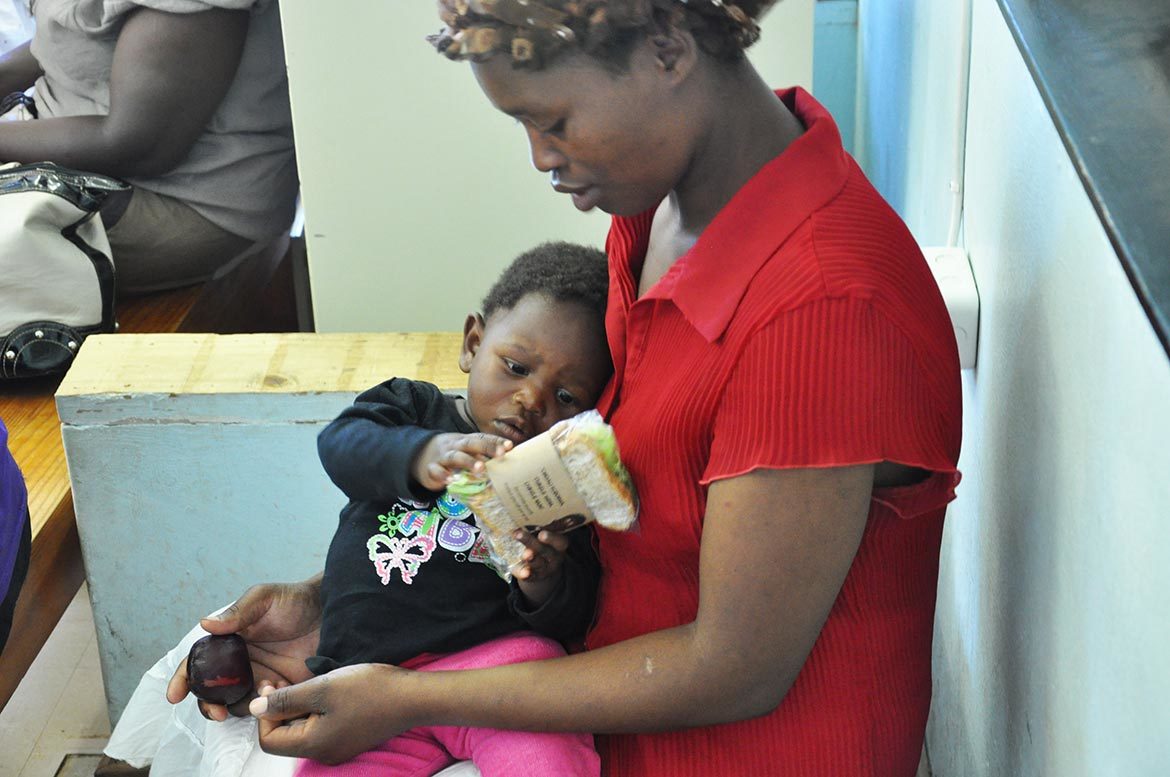 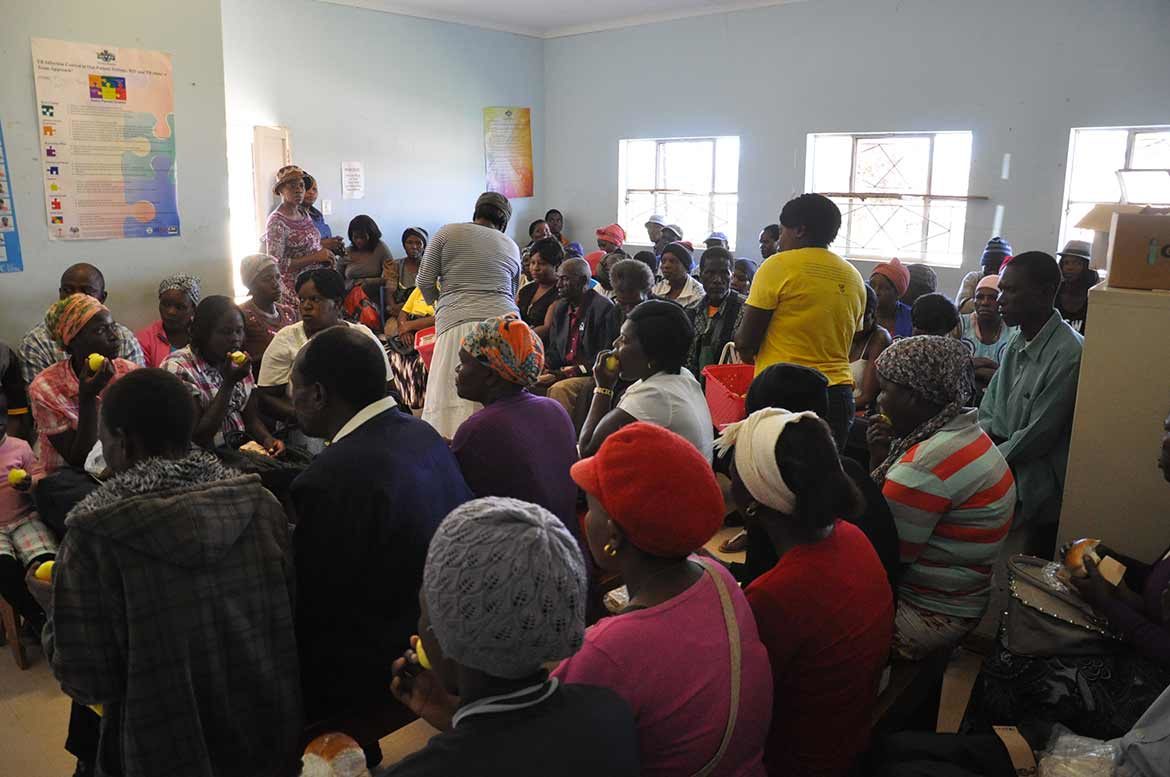 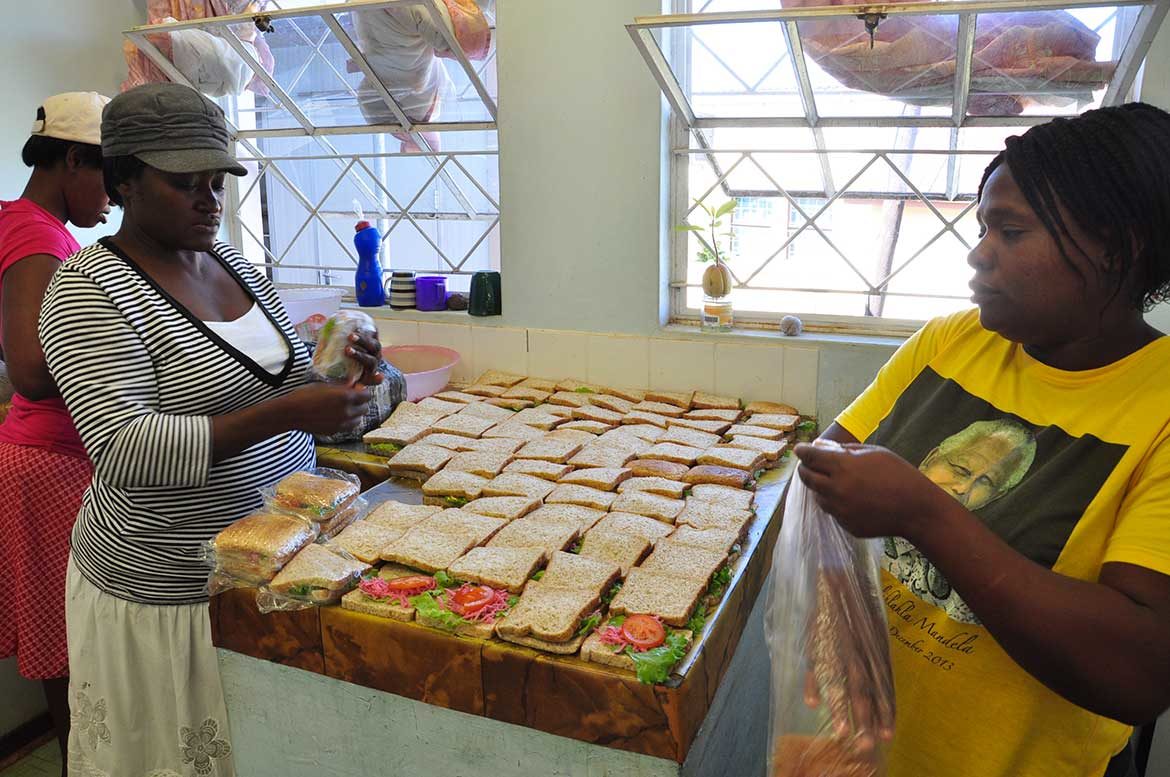 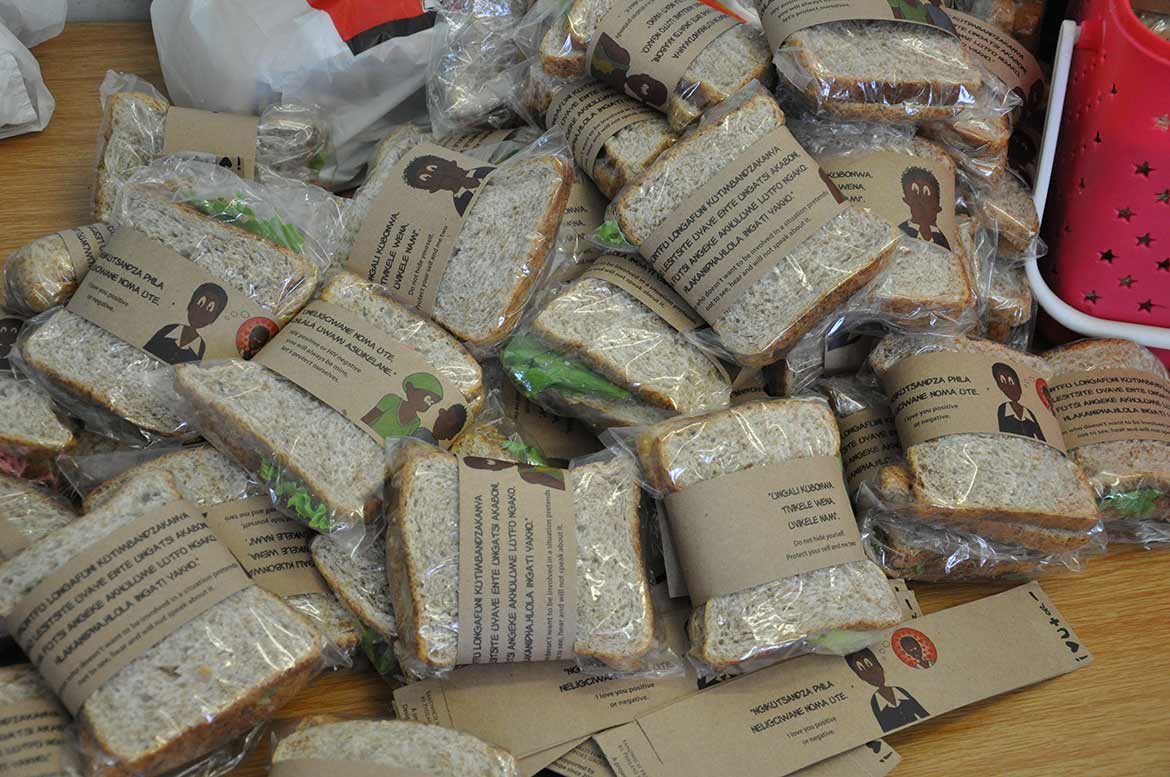 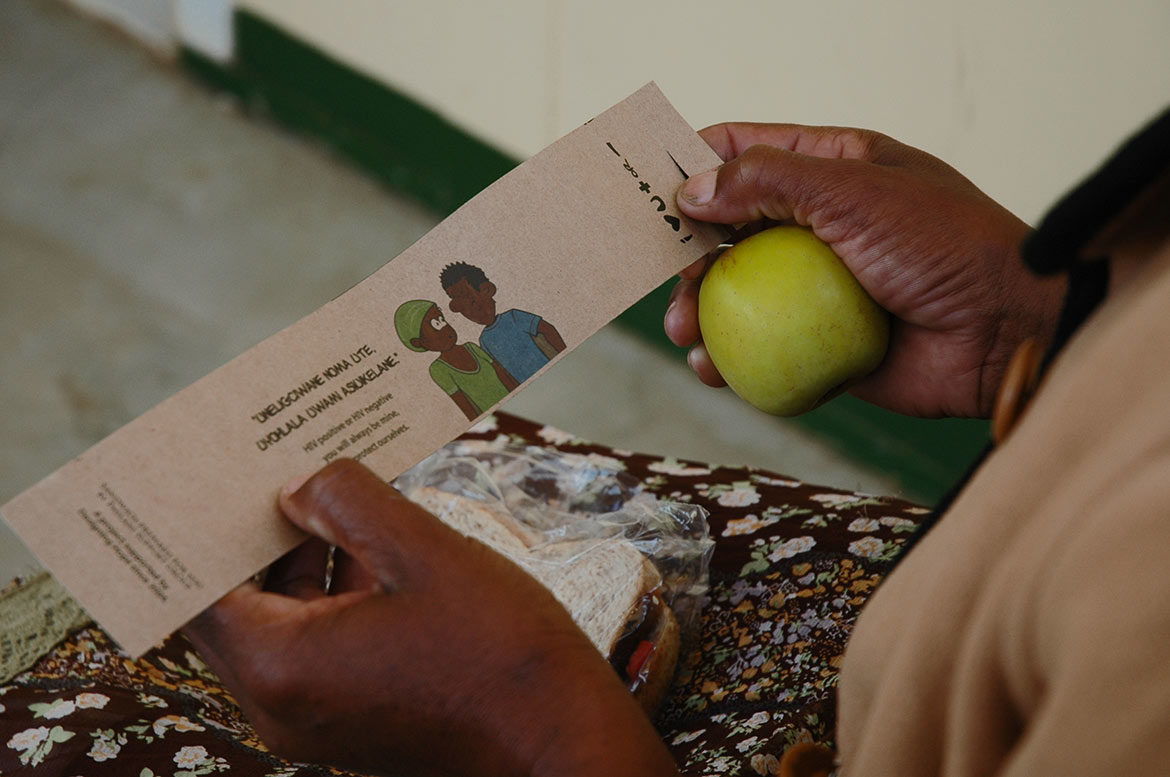 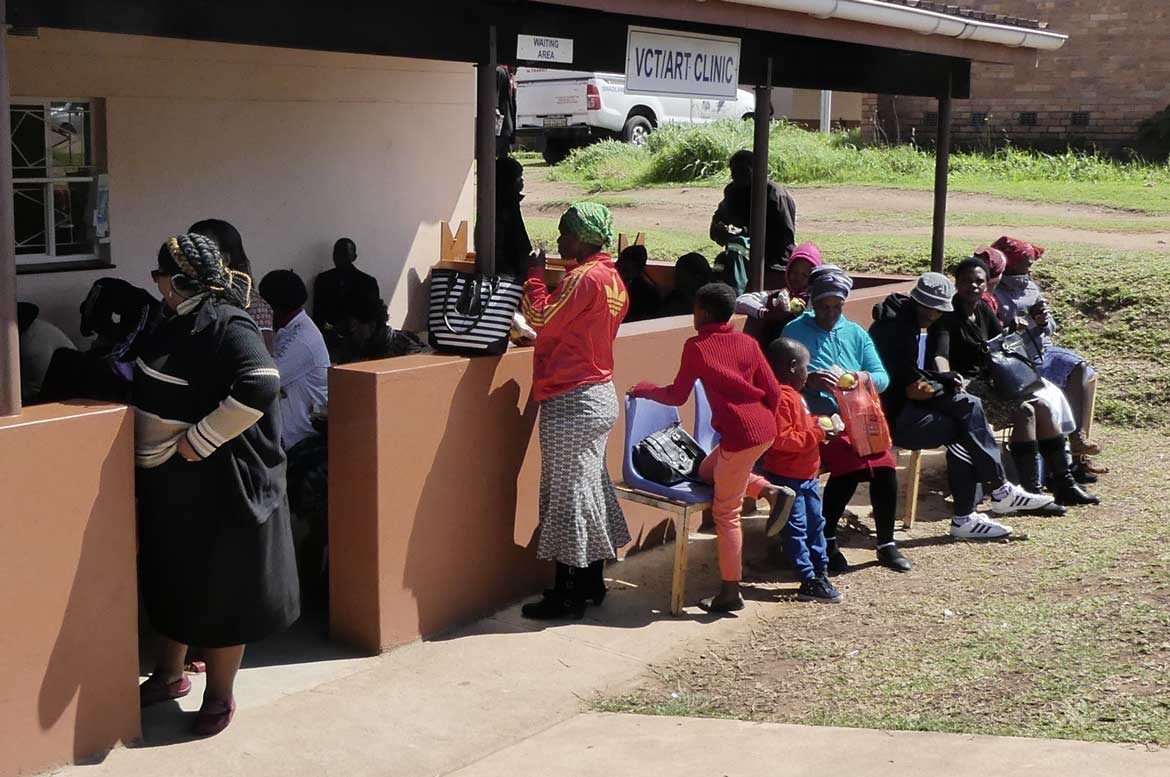 A MEAL TO WAIT FOR CONSULTATION

In 2004, Dessine l’Espoir started a food distribution project for HIV-positive patients at Piggs Peak Hospital. Going to a hospital is often negatively experienced, and can create psychological trauma because of the stigma and lack of support from the family and the community.
This moment is also an opportunity to pass messages of prevention and support, including through the programs: “I Love You Positive or Negative”, or the brochures of “Dr. Thembo” character created by Draw Hope.

For 13 years, the association distributed, with the local relay of the Fundzisa Live support group, hot meals and snacks to the patients of the hospital during their monthly visit with their doctor, to encourage them to come regularly to collect their treatment. One of the main problems is remoteness, as many live in rural, underserved areas and transport solutions are relatively expensive. In addition, some patients do not have the physical condition necessary to go to the hospital and the doctors can not give the treatment to a third person.

SUPPORT TO THE MOST VULNERABLES ONES

Since the spring of 2018, and faced with the ever-growing number of beneficiaries, Designing Hope has decided to rethink this project, particularly by supporting the poorest patients affected by their HIV status.

With the hospital, a list of 50 priority persons has been defined, based on physical criteria (height / weight ratio), on the CD4 count and on social criteria established by the managers of the reception center for HIV-positive patients. hospital.

Some of them benefited from the program “Food by prescription ratio card”, distributing basic products (oil, milly mill, sugar …) but this program was stopped early 2018, which makes the initiative of Draw Hope even more important.

With the support of The Ivory Foundation, Dessine l’Espoir is now funding every month the distribution of 50 “baskets” made of mostly vegetables, which will eventually be produced by the Macambeni Garden on the outskirts of Piggs Peak. 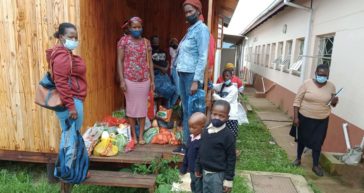 Every month, the team of Fundzisa Live, the local relay of Designing Hope in Eswatini, distributes food parcels containing vegetables and essential products to women identified by hospital doctors as being the most weakened by HIV and in need of … Read More 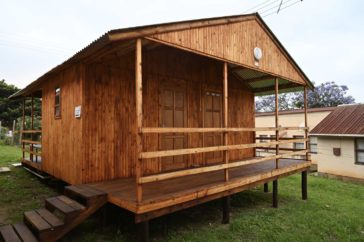 The new office built by Designing Hope at Pigg’s Peak Hospital, next to the VCT, is composed of 3 rooms: – 2 consultation rooms for the 250 young HIV positive patients treated at Piggs Peak. – On the other side, … Read More 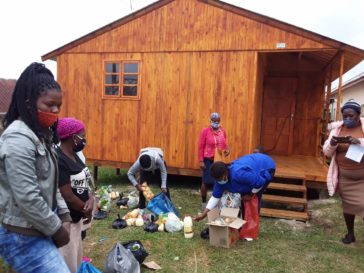 The new area which was constructed by the association at Piggs Peak’s hospital includes a large room for the reception of the Fundzisa Live support group activities, which is a local collaborator of Designing Hope. It is from this new … Read More

As every month, parcels containing vegetables and basic ingredients are distributed to support the HIV positive patients who need it most at Piggs Peak Hospital. The distribution plays an important role in helping the weakest patients regain their strength by … Read More

Every month, Fundzisa Live’s women organize the distribution of food parcels to support the weakest HIV-positive patients. Green vegetables from the Macambeni Garden run by the association with support from the Raja Foundation and The Ivory Foundation, are also included … Read More

The beneficiaries of the Piggs Peak Patient Support Program were selected on medical and social criteria. A large proportion are women, as they still make up the majority of people on HIV treatment (women are required to be screened during … Read More

Since 2005, Dessine l’Espoir has been supporting HIV-positive patients at Piggs Peak Hospital.For 13 years, the association has been distributing with the local relay of Fundzisa Live, snacks (sandwich and fruit) to the HIV patients of the hospital during their … Read More