Campaign with the city of Paris

On the occasion of World AIDS Day on 1 December 2007, Designing Hope created bridges between its actions in Africa and France. The NGO developed in collaboration with the City of Paris the French version of its campaign “I Love You Positive or Negative” fighting stigma and discrimination towards people affected by HIV/AIDS.

CAMPAIGN WITH THE COUNCIL OF PARIS

Designig Hope presented on the 1st December 2007, in collaboration with the City Council of Paris and the NGO Ikambere, its campaign figthing against discrimination towards people living with HIV.
Contemporary artists’ works were associated to messages of personalities supporting the campaign: ” I Love You Positive or Negative”.

Two medium were chosen to convey these messages: condoms packagings and postcards spread through the Cart’Com network. 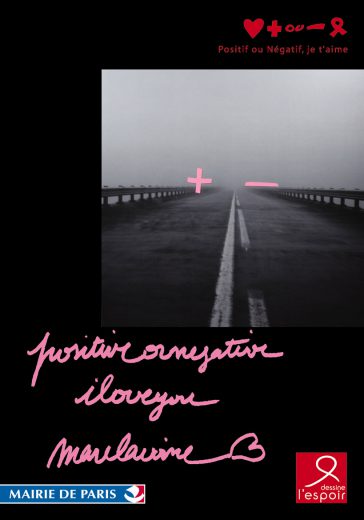 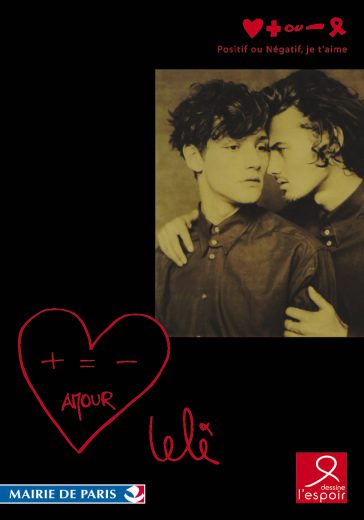 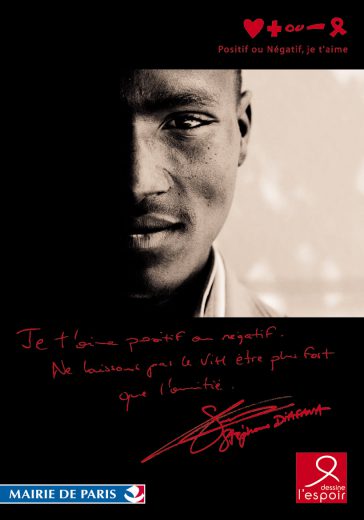 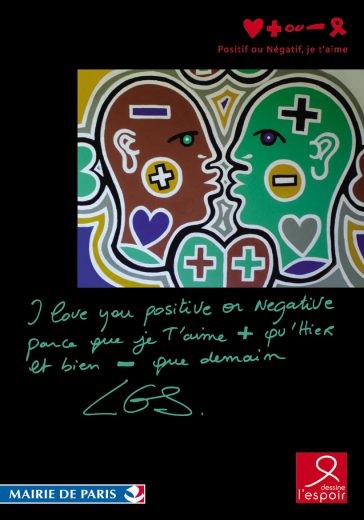 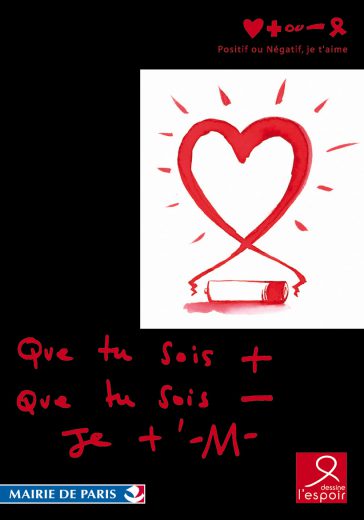 The NGO Ikambere, located in Saint Denis, in the north of Paris, is supporting African women living with HIV. Populations of African origin now represent nearly 50% of the 150 000 people living with HIV in France. Stigmatization and exclusion towards these people is a major barrier to access to testing, medical care and counseling.

Ikambere offers a support and income generating activities very similar to the ones developped by Designing Hope in southern Africa.

Designing Hope suggested to the Council of Paris to order small fabric pouches, hand made by the women of “La Main Fine”, the income generating activity group from Ikambere.

This collaboration was symbolic and human between Ikambere and Designing Hope as it developped a solidarity between african women living with HIV in France and other women from Africa.

USING ART AS A WAY TO FIGHT AGAINST STIGMA

This project uses art and artwork of international artists to fight against stigma and discrimination towards HIV positive persons.

The condoms packed in these original packs were also diffused for the event “cafés-capotes” in the 14 th and 18 th district of Paris, and in Social Medical Centers , Centers for Family Planning, as well as Centers for Anonymous HIV testing.